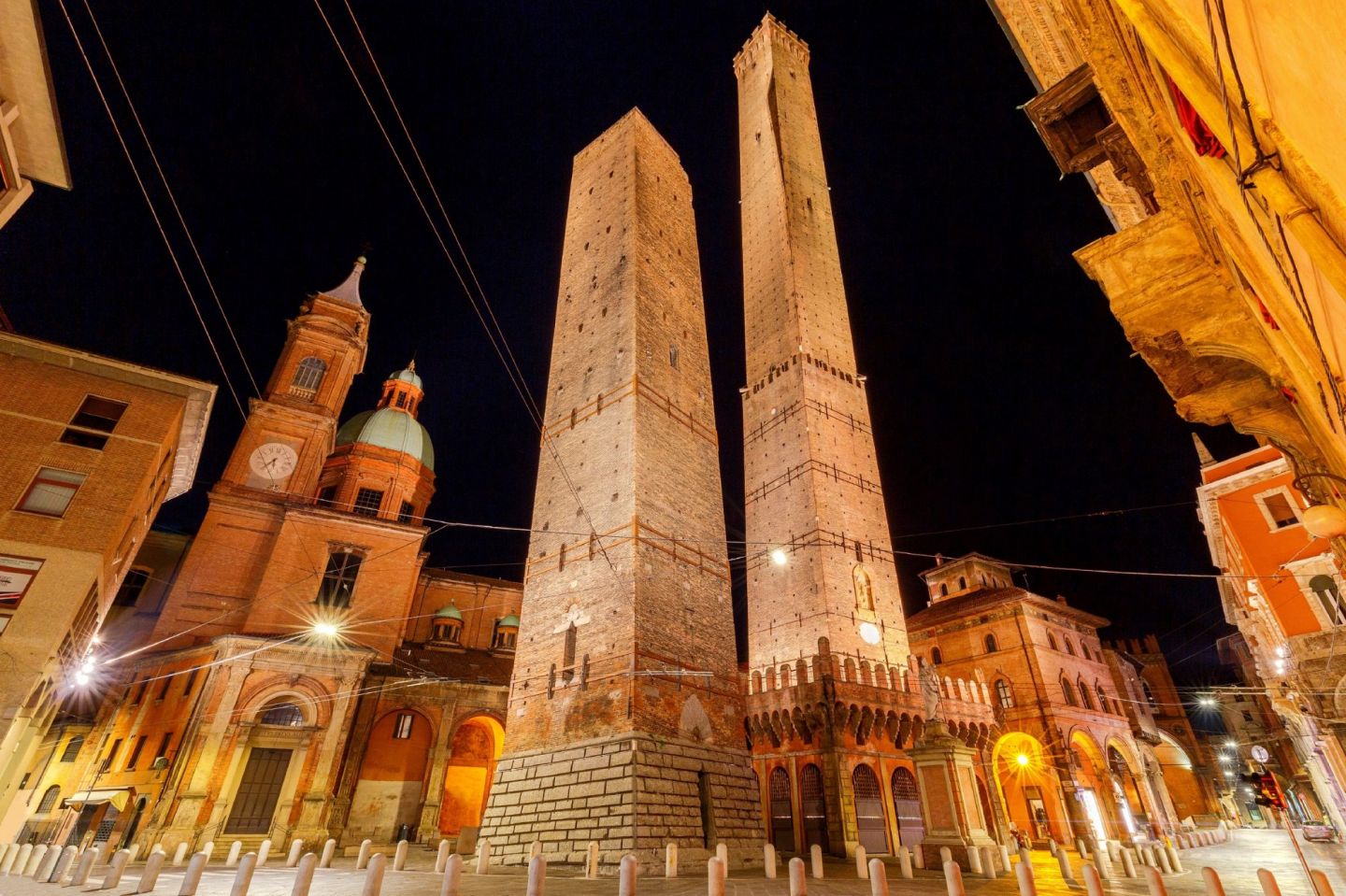 If you think about its towers, what to see in Bologna if not the Torre degli Asinelli, the most famous of the towers still found in the historic center, in memory of a Middle Ages that saw a true vertical development in the Emilian city. 97 meters high, with almost five hundred steps, it gives a unique sense of vertigo and dominates the whole of Bologna, high and unreachable by the ”“ that surround it.

Next to the Torre degli Asinelli, the Torre Garisenda is one of the most characteristic buildings in the center of Bologna. Less impressive than its older sister (it is "only" 47 meters), over the centuries it was lowered to improve its stability since, due to the subsidence of the ground, it hangs a few meters.
Book Call us now
Book